There are a lot of ways to fish for king salmon in Alaska, or wherever they are found. Backtrolling plugs, dragging bait, drift fishing and working baits suspended beneath a float are just some of the proven options.

But if you know where those salmon holes are–where fish hold in their upstream death march–there’s another method to target these often times tough to respond kings. It’s called backbouncing, and it’s highly effective on king salmon and silver salmon. When backbouncing, the presentation is slow, deliberate and controlled, allowing anglers to target water with pinpoint accuracy. It’s best done from a boat, but can be pulled-off from shore, in the right situation.

Along with a controlled delivery, backbouncing is the perfect way to lay a steady scent trail that salmon can track right to the bait. Since backbouncing keeps the bait on the bottom, the scent carried from the cured eggs, shrimp or baitfish, keeps milking out from a consistent spot, meaning once fish smell it they can easily follow it directly to the source. Due to the scent trail developed, backbouncing well-cured eggs is the most productive approach in Alaska.

A favorite spot in which to backbounce for salmon is in deep holes where it’s tough fishing them any other way. It’s also very effective in moving water, deeper slots and on the sides of main currents, or seams. It can be done in a few feet of water, to 20-feet deep or more, depending on current flow and bottom structure.

Backbouncing can be done from an anchored boat or on the move. In faster water, sitting on anchor while backbouncing is a good way for all anglers in the boat to cover water. Simply drop the presentation down until it finds bottom. Be sure to use enough weight so the presentation sits in one spot, as you don’t want your bait being carried downstream, out of control. 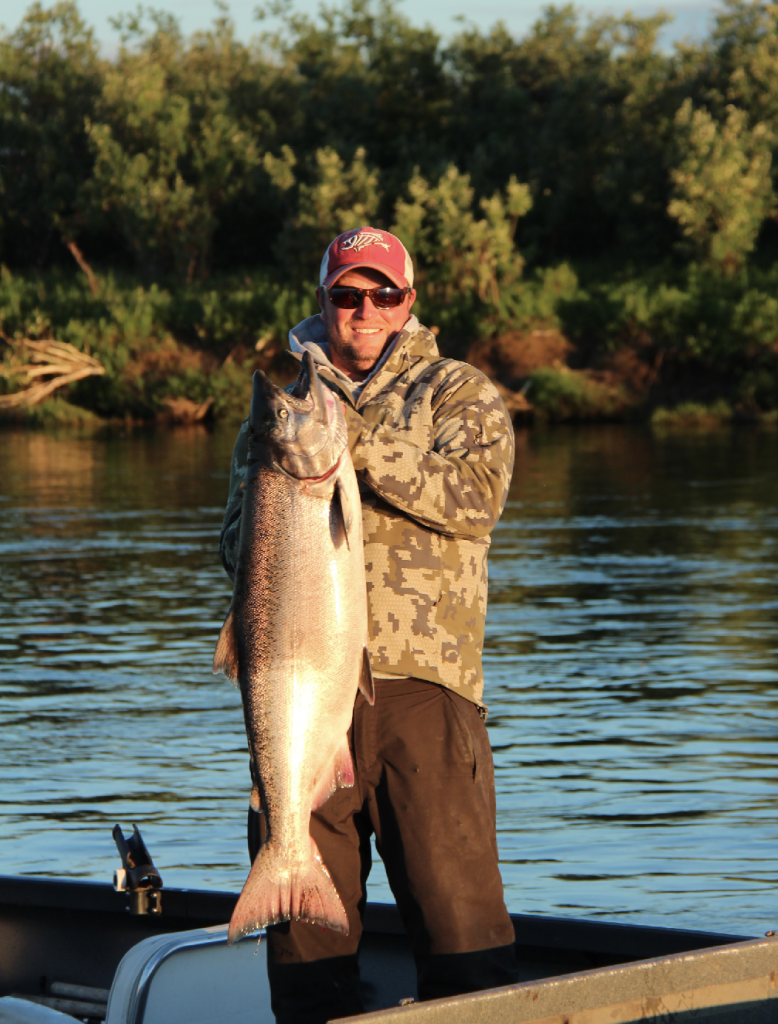 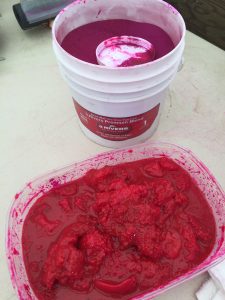 Once the bait has set for a few seconds, lift it off the bottom a foot or two then free-spool the line as you slowly drop the rod tip. This allows the current to slightly reposition the bait downstream. Not only does the pumping action create movement in the bait, but it also releases scent from the eggs, laying down that all important scent trail.

When backbouncing from an anchored position or from shore along a cut bank, you’re presentation will only be able to travel a certain distance before the current either stops moving it or can no longer lift the terminal gear off the bottom. Once control of the presentation is lost, reel in and start over. Anchoring and backbouncing is typically done when targeting salmon on the move, waiting for them to come to you. When seeking salmon that may be holding or slowly moving, drifting downstream while backbouncing is a great approach.

The backbouncing setup can be as simple as your standard drift fishing rig, but with about double the amount of weight added. A favorite backbouncing setup among veterans is a two-foot long leader and a five-foot dropper, tied to a three-way swivel. The sinker at the end of the dropper is encased in a spider-like cage, keeping the lead from sticking to rocks. This setup will allow the bait to separate from the sinker by about seven-feet, allowing it to naturally move about in the undercurrents.  To add more buoyancy and color, slip a Lil’ Corky or Spin-N-Glo on to the leader. If targeting salmon in narrow sections of river, shorten the dropper to about six-inches in order to keep precise control of where the eggs are.

What makes backbouncing so effective is the ability to control the bait and keep it in the strike zone. Having a bait that releases attractive scents is ideal. The more you backbounce the more you’ll discover its wide range of applications, and just how effective it truly is when targeting king salmon and coho salmon.

Recent Posts
Connect With Us

We're not around right now. But you can send us an email and we'll get back to you, asap. 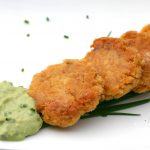 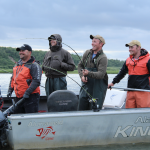